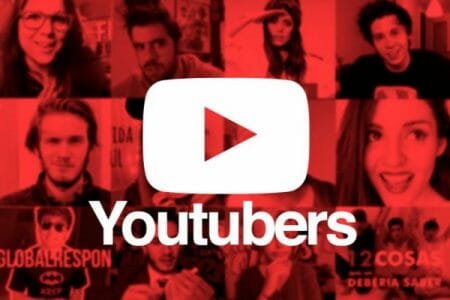 In this current world of the internet, your business becomes everybody’s business, and there are no secrets hidden from the netizens. Becoming a famous YouTuber is no less than being a celebrity. But if you come under the limelight for the wrong reason, may Heavens be with you as your career can take a downfall. Many YouTube content creators have entertained us but have also disappointed us due to their poor choices.

You may have our favorite YouTubers, but you sure have watched them from becoming favorite to not so favored. Without further adieu, here’s a list of YouTubers whom we love to hate, and you will know why.

One of the famous beauty vloggers on YouTube is James Charles, with around 25M subscribers. He shot to fame by making content on beauty tutorials, specifically make-up.

If everything was going so well, what made people hate him? In February 2017, James posted a tweet saying, “I can’t believe we’re going to Africa today. OMG, what if we get Ebola?” This post gathered so many negative comments stating James’ insensitivity, and later, he apologized.

Another big blow happened in 2019 when another famous YouTuber, Tati Westbrook, called out on James. According to Tati, who was also a mentor to James, stated that she doesn’t want to associate herself with James. Tati posted a 43-minute video and told the viewers how manipulative and backstabbing James is. She talked about how he used her to gain popularity and behaved sexually aggressive towards other men.

RELATED  Top 20 best shows on YouTube That Are Worth Watching

After this video went viral, James lost more than 2.7M subscribers. It looks like James needs to work harder to gain back those subscribers.

This man became famous for making vine videos. After gaining popularity, Logan starting making vlogs and prank videos on YouTube and has around 2.7M subscribers. His fans loved him and found him hilarious, but things changed after posting a particularly dreadful video. In the video, Logan and his friends traveled into Aokigahara Forest in Japan, also known as “suicide forest.” There they found a dead body of a man who hanged himself. Instead of turning off his camera, Logan showed his reactions and spoke about how he was feeling at the moment.

The video showed glimpses of the dead body as Logan was speaking. Logan had to face a massive backlash from the masses, and he even issued an apology, which didn’t seem genuine. Logan also made specific offensive comments and tweets, which sure didn’t make his fans happy.

Another black sheep of the family, Jake Paul, brother of Logan Paul, is famous for all the wrong reasons. Jake rose to fame after his debut in the Disney Channel series, Bizaardvark. Jake also became a YouTuber and had around 2M subscribers. But what made people dislike him?

Jake got involved in so many controversies. In May, Jake received charges of criminal trespassing and illicit gathering of videos in Arizona. Later on, the FBI searched his house in California regarding his involvement in Arizona. He was also accused of property damage, cheating on his ex-girlfriends, and ill-treating them. An old classmate of Jake exposed him for being a bully.

Fans were also disappointed when Jake made xenophobic comments. Recently, the public criticized him for believing that COVID is a joke.

Popularly know as Keemstar, Daniel is a YouTuber and streamer. He also hosts a channel on YouTube known as Drama Alert with 58K subscribers. In DramaAlert, Daniel talks about YouTube celebrities and their controversies. For someone who always updated about the dramas around, it looks like he got into few scandals.

In Jan 2016, Daniel falsely accused a 62yr old streamer on the Twitch platform of being a pedophile. That older man had to face many death threats due to Daniel’s irresponsible judgment. He was also once caught saying that he couldn’t wait for a terminally-ill YouTuber to die. Many times, viewers have called him aggressive and a bully.

Sam is a video blogger, comedian, and prankster. He got famous on YouTube for making prank videos and became infamous for making prank videos. In his controversial prank video, Fake Hand Ass Pinch Prank, Sam groped random women for the video. Formerly accused of sexual harassment, Sam later defended, saying it was a social experiment. Another debatable prank video, Killing Best Friend Prank, was also called out by viewers due to disturbing content.

In the video, Sam showed a murder happening, which could send the wrong message. Many viewers opposed the video and signed petitions to ban him. Sam later apologized for his acts and removed the videos, and is currently working on re-branding himself. Good Luck!

Shane joined YouTube in 2008 and was a beloved and prominent figure. He made comedy videos, impersonate celebrities, and made jokes on specific topics. But the triggering point of his downfall was when he made racial remarks and donned blackface for his comedy sketch.

Shane used the n-word in many of his videos and joked about pedophilia, which was not cool. Jayden Smith also accused Shane of sexualizing his sister. Shane is also known for creating feud amongst other fellow YouTubers. YouTube has also suspended ads on Shane’s channels due to his old racist videos.

Rice Gum got banned from a live streaming platform called Twitch for pulling out partial nudity images on his channel. Later accusations of him promoting a mysterious brand, which was a dangerous form of gambling, hit the internet.

In Hong Kong, Rice Gum made a video of him asking people to get dog and cat meat to eat. He seemed insensitive and rude. No wonder he lost his fans and throne. We hope you found our lists entertaining, and watch out for more gossip and drama to come.