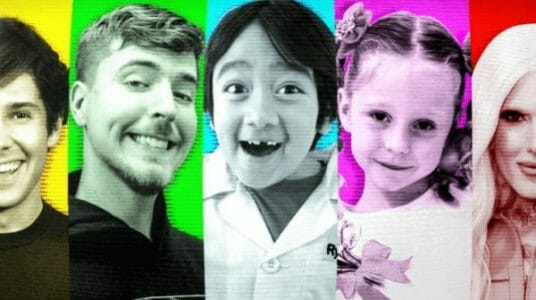 Almost everybody makes use of YouTube to watch some of their favorite videos. But what are the most popular shows on YouTube? Here is a list of the top 20 best shows on YouTube that you can tune in to watch.

Dude Perfect already has over 52 million subscribers on YouTube and is another excellent entertaining channel. It garners millions of views worldwide, and this bunch of dudes performs some of the most fun activities like the water bottle flip 2, real-life trick shots, gym stereotypes, etc.

If you love some explosive experiments and then watching in detail as it unfolds, The Slo Mo Guys channel is the perfect show for you. And not only that, but it has millions of views. Because let’s face it. Watching everything slowed down in detail is fun to watch. And this show also makes it to list.

This show is one of the most-watched shows on YouTube. This DIY channel shows you some fantastic tricks, life hacks, and tips you can use. There is so much to learn from the show, which is why people love tuning in to the channel.

This Chilean YouTube personality has a massive following with over 43 million subscribers on YouTube. Like what Pewdiepie does, he posts video game contents and other non-gaming related videos like exploring the internet and talking about current topics.

HolaSoyGerman is another YouTube by the same Chilean YouTuber German Garmendia. And even though he no longer uploads new content, it still garners millions of views because of his entertaining videos. The channel contains comedic videos, which are fun to watch, and it has over 42 million subscribers.

Whindersonnunes is the most loved and followed YouTube personality from Brazil. And although the videos are not in English, it has millions of views because he has over 41 million subscribers on YouTube. And his videos also feature celebrities.

WWE is one of the most successful sporting TV shows, and it has a huge fan base worldwide. It also has a dedicated channel on YouTube with some fantastic videos you can watch for those who follow WWE. You can watch recaps, interviews, and memorable moments that you missed on TV.

Canal KondZilla is a YouTube channel owned by Danta, who is also a music producer. He holds KondZilla records, so there is plenty of fresh new music uploaded consistently, and all the videos have millions of views. Apart from music videos, you can also find other music-related content on the channel.

Kids love toys. And they love watching anything related to toys, games, small houses and that kids love to do. With over 72 million subscribers, it has become one of the best YouTube shows for kids, with millions of views on each video. So if you have kids at home, this is the show to tune in to.

Like Nastya is another excellent YouTube show for kids and watched by millions of users. The videos are fun and engaging, with some fantastic scriptwriting and creative content. There are stories, songs, fun games, drawing, etc. So you can let your kids watch the show if they haven’t yet.

Pwediepie is the second most subscribed channel on YouTube. And no wonder people log in to watch his contents, which is entertaining as well as informative. Most of his videos are personal vlogs-based, and it involves game streaming, which attracts a lot of users. All in all, the videos are fun to watch.

Vlad and Nikita is another children’s show which is very popular on YouTube. It has similarities with Like Nastya but this brother and sister duo posts daily vlogs about their time at home. They do things like copying their parents, playing with toys, games, etc. And children love this show.

BLACKPINK is currently one of the world’s most prominent K-Pop artists, and their YouTube channel has over 57 million subscribers. And it also makes it to the list of the top 20 best shows on YouTube because apart from their music videos, you can find all the music-related stuff like interviews, tour vlogs, behind-the-scenes, etc., that people love to watch.

Everybody loves movies. And if you want a show where you can watch your favorite scenes and clips, Movieclips is the best channel on YouTube. It holds a massive collection of all the movies you can find (which are licensed), and it is an excellent show to watch during your leisure.

The craze for K-Pop is reaching new heights and pushing boundaries and language barriers. And millions of people love the artists and bands like BLACKPINK and BTS are good examples. And Big Hit Labels is the show to watch on YouTube if you want to know everything happening in the K-Pop world.

Eminem is a legend in the Hip-Hop industry, and rightly so. And he also owns a YouTube channel where he uploads music-related content. The rapper even uploads talk shows about his personal life where people can tune in and watch. And since he is well renowned, people love to watch his shows on YouTube that are up close and personal.

The Grammy Award-winning artist has a YouTube channel where he posts stuff related to music. Millions and billions watch his music videos, but apart from that, he also has personal content like interviews, live streams, and behind the scenes videos.

And finally, this one is also for movie lovers in general. Screen Junkies have some unique movie-related content from honest trailers, reviews, interviews; you name it. And people tune in to the channel for movie-related updates and keeping track of releases.

Cocomelon – Nursery Rhymes is the best show for children on YouTube. Children love the show, and it is a fun way of learning the nursery. And the best thing about the show is the animated visual cartoons that make them lovable for kids to watch.https://www.youtube.com/user/checkgate

Related posts
10 Most disliked video on YouTube, You Won't Believe Number 4
7 Most hated YouTubers, Do You Agree On Number 3?
20 Best YouTube Cooking Channels For Beginners
Top 20 highest views on YouTube This Year

Top 20 best YouTube downloader You Should Try - New Update
Top 20 most searched on YouTube in 2021, You should like Number 4 and 7
7 Most hated YouTubers, Do You Agree On Number 3?
Top 20 most liked video on YouTube New Update