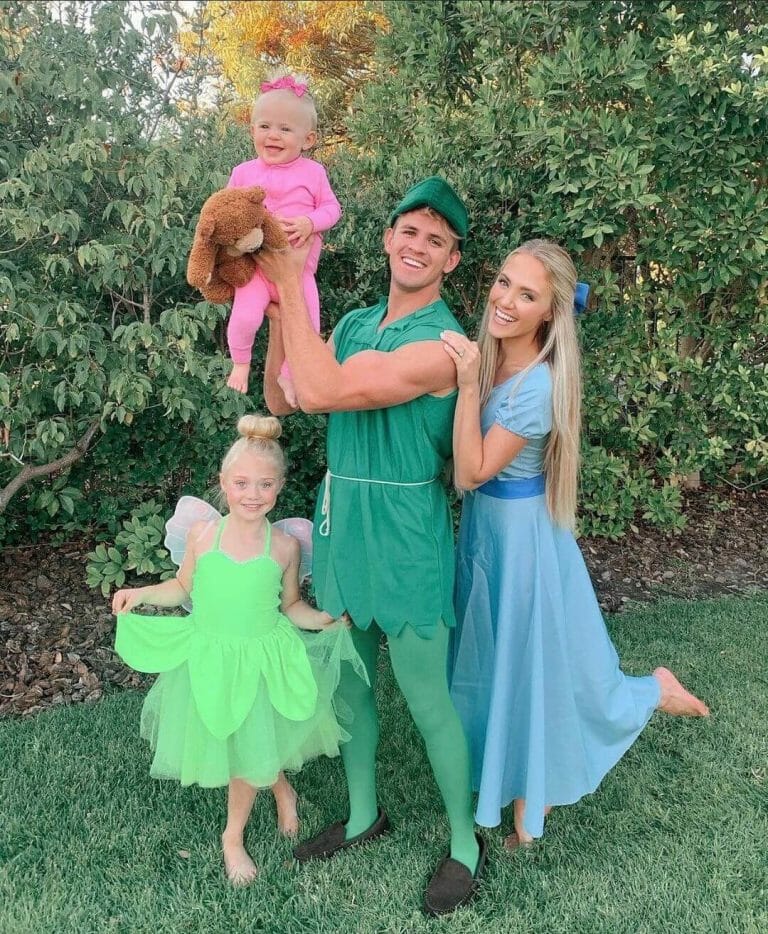 The channel is among the most popular and highest-earning family channels on YouTube, with over 12.5 million subscribers as of 2020. The channel has not only won the hearts of millions but is also making millions of money from the platform.

Currently, with just around 480 videos, the channel has already gathered more than 3 billion views and their subscriber base is ever-increasing. With so much exposure and fan following, there is no doubt that The LaBrant Fam is earning in terms of millions just by uploading content on YouTube.

To find out more about The LaBrant Fam, their daily income from YouTube, and their total net worth in 2020, just read!

The LaBrant Fam channel was created on August 24, 2012, by spouses Cole LaBrant and Savannah LaBrant. The channel was first titled ‘Cole & Save,’ which is now more popularly known as The LaBrant Fam. Cole and Savannah started dating sometime around 2016. By this time, Savannah was a single mother to Everleigh Rose, who is seven years old now.

The couple got married in July 2017, shortly after which they created their family YouTube channel. The next year, on December 28, 2018, Cole and Sav had their first child together, Posie Rayne LaBrant. And again, on December 7, 2019, they welcomed their third baby girl, Zealand Cole LaBrant.

Cole and Savannah, as individuals, also had their own fan following base before YouTube. Cole was a star on the Vine platform before meeting Savannah, and he had millions of followers on that platform as well.

On the other hand, Savannah was a popular personality on Musical.ly, and she also had her dedicated fan base of millions. Hence, it wasn’t that much of a struggle to establish their subscriber base on YouTube as they were already popular individually.

Other than Cole and Sav, their daughter Everleigh is also a rising social media star. In fact, the 7-year-old YouTuber secured a position last year on the richest YouTube kids list.

She has her own separate YouTube channel titled ‘Everleigh Opens Toys,’ with more than 3.3 million subscribers. Additionally, she runs another YouTube channel with her BFF Ava Foley under the name ‘ForEverAndForAva.’

It wouldn’t be wrong to say that The LaBrant Fam as a whole is dominating the YouTube scene with multiple YouTube channels and making in terms of millions from different sources. Let’s find out more about their earnings and net worth.

How Much Money Does The LaBrant Fam Make on YouTube?

Precisely, The LaBrant Fam has 12.7 million subscribers on YouTube as of now. And the impressive thing is that the channel is only growing bigger, with around 6000 new subscribers joining every day. The channel has gathered almost 4 billion combined views to date. And on average, they receive about 3 million views in a single day from different sources.

Hence, as per the YouTube monetization policy, where YouTubers generally receive around three to ten dollars per 1000 monetized views, The LaBrant Fam is able to generate an estimated income of about $15,000 in a single day. Summing this up, The LaBrant Fam has a whopping annual earnings of about $5.5 million.

With such a massive annual revenue, the LaBrants are clearly one of the highest-earning families on YouTube.

Apart from earning millions through YouTube ads, the LaBrants also earns huge amounts of money from several multinational companies for endorsement deals, product placements, and paid advertisements. They have already worked with huge companies such as Molr Dental Club, Sugar Bear Hair, Audible, Love With Food, and many more.

There is no doubt that they make millions from their social media accounts as well. Currently, Savannah has more than 6.5 million followers on Instagram, with Cole just behind her at 5.2 million followers.

Their first child Everleigh has her own fan following with over 5 million followers on the same platform. Hence, the LaBrants also earn on these social media platforms by putting up advertisements and advertising products of several brands.

Savannah also has a clothing line on the website savlabrant.com. She makes a decent amount of income by selling clothes from her online store as well.

The LaBrant Fam Net Worth

The LaBrant Fam has become a family icon and what the internet world like to call “Family Goals,” for millions of people out there. The LaBrants have gathered a super large versatile subscriber base hailing from all corners of the world.

They have had their fair share of criticisms and controversies. But the fact that they have over 12 million subscribers with almost 4 billion views proves that people love watching this family, and more and more people are gravitating towards them.

What if we tell you that their net worth is as massive as their subscriber base? Believe it or not, the LaBrants has an estimated net worth of $2 million as of 2020. And they continue to earn millions even today. Thus, their estimated $12 million is just a temporary one and is sure to increase in the years to come.

If there is anything flourishing bigger than ever on YouTube, it has got to be family-oriented YouTube channels. From simple a-day-in-our-lives vlogs to videos about more personal experience like going into labor, baby’s first steps, weddings, etc. family-based YouTube channels are dominating the platform and winning the hearts of millions of viewers. One such family is The LaBrant Fam!

The LaBrant Fam lives in California. On average, they upload around 8-10 videos per month on their channel. They also collaborate with popular YouTubers such as JoJo Siwa, The Rybka Twins, Logan Paul, Jess & Gabe, and many more.

With more than 12 million subscribers on their channel, the LaBrant Fam is among the most successful family-based YouTubers worldwide.