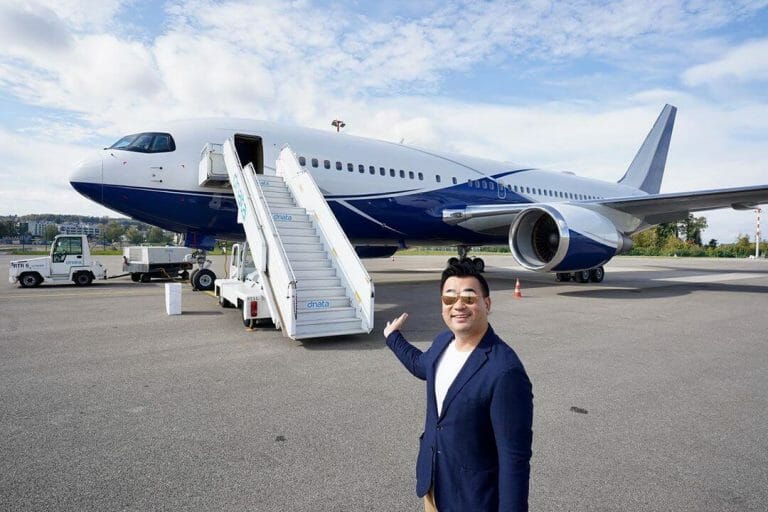 Sam Chui is perhaps one of the most popular aviation vloggers in the world today, with millions of subscribers on his YouTube channel. He usually tests some of the most expensive and luxurious fleets on his videos.

Seeing all the luxury that he gets to enjoy, his fans worldwide naturally want to know how much money he makes and how much he’s worth. If you also want the answer to those questions, you are in the right place.

In this article, we will be looking at Sam Chui’s income sources and how much he makes in a year. We will also try to calculate his total net worth.

Aviation and travel blogger Sam Chui was originally born in Beijing, China, on November 7, 1980. And by the mid-1980s, his family moved to Hong Kong, where he spent his early years. Even as a kid, Sam Chui had an immense passion for aviation.

He would regularly visit the Kai Tak Airport to watch the planes take off and land. This instilled the passion in him to become an aviation blogger.

Chui later moved to Australia, where he did his high school and University. By the time he was 24, he had already earned his Bachelor’s Degree in Commerce. He authored the books of Air1, Air2, and Air3, which were very popular among aviation lovers.

Sam has a great job in Dubai, as well. He works in Finance for one of the biggest Sovereign Wealth Fund in the world. This job allows him to pay for most of his flights.

Sam Chui originally had a website which he created in 1999. On his website, he would publish his photography, and most of it became very popular. However, it was only in 2007 that he officially started his YouTube channel.

His first video was titled “Singapore Air Inaugural A380 Suites In-Flight Services,” which initially received only a few thousand views.

His videos slowly became very popular, and now he currently has more than 2.5 million subscribers on his channel. Some of his videos have more than 10 million views, which is a big difference from what he initially had.

Sam Chui has recorded vlogs on his YouTube channel, where he traveled to more than 100 countries with 300,000 miles of flight tests every year. He has also been invited to luxurious private jets like the Boeing 747-SP and Comlux 767BBJ.

With more than 2.5 million subscribers and almost 700 million views on his YouTube channel, Sam Chui easily earn in terms of millions through YouTube. We’ll break down the number of views he gets and converts it to see how much he actually makes through YouTube.

YouTube usually pays around $2 to $7 for every 1000 views on monetized videos after taking their cut. This payment depends on different factors like location and device of the audience, the number of ads in a video, the number of audiences that skipped the video, ad inventory, and many more. Considering all these factors, Sam Chui should be earning at least $3,500 every day, which comes to a total of $1.3 million every year.

RELATED  How Much Money AngryJoeShow Make From Youtube? Net Worth - 2021

Sam Chui also makes money through other programs such as Google Preferred and YouTube Premium. In Google Preferred program, big companies give higher ad rates on contents that are more popular. And on YouTube Premium, the viewers pay a monthly subscription fee to watch ad-free videos. Here, YouTubers get paid based on how long their viewers watch the videos.

Besides his YouTube account, Sam Chui also earns from a number of other sources. He earns the majority of his income from brand deals and sponsorships with many big companies. Additionally, Chui is also employed in a large company in Dubai, where he makes more hundreds and thousands of dollars every year.

And as already mentioned earlier, he also has his own blog website, which generates a good income from the traffic he gets.

Now with so many sources of income, there is no wonder why Sam Chui is one of the wealthiest YouTubers on the planet.

With millions of subscribers and views on his YouTube channel, Sam Chui is easily one of the most popular aviation YouTubers on the planet. This also means that he will be earning a lot from his channel. But however, we know that YouTube is not his only source of income.

By considering his income from all the different sources, his assets, and yearly expenditure, Sam Chiu is a YouTuber with a net worth of over 10 million dollars. This places him among the top-earning YouTubers in the world.

It’s crazy to think that people can earn millions of dollars by simply putting up some videos on YouTube. However, that is the reality that we live in today. Many YouTubers have amassed a considerable amount of wealth over the years through YouTube. One such YouTuber/blogger is Sam Chui.

Being a pioneer in his field, Sam Chui’s fans consider him as the Godfather among Aviation YouTubers. And from what he’s achieved and done so far, there can be no arguments about it. With millions of views on his YouTube videos, there’s no doubt that Sam Chui is, in fact, one of the most popular YouTubers out there.