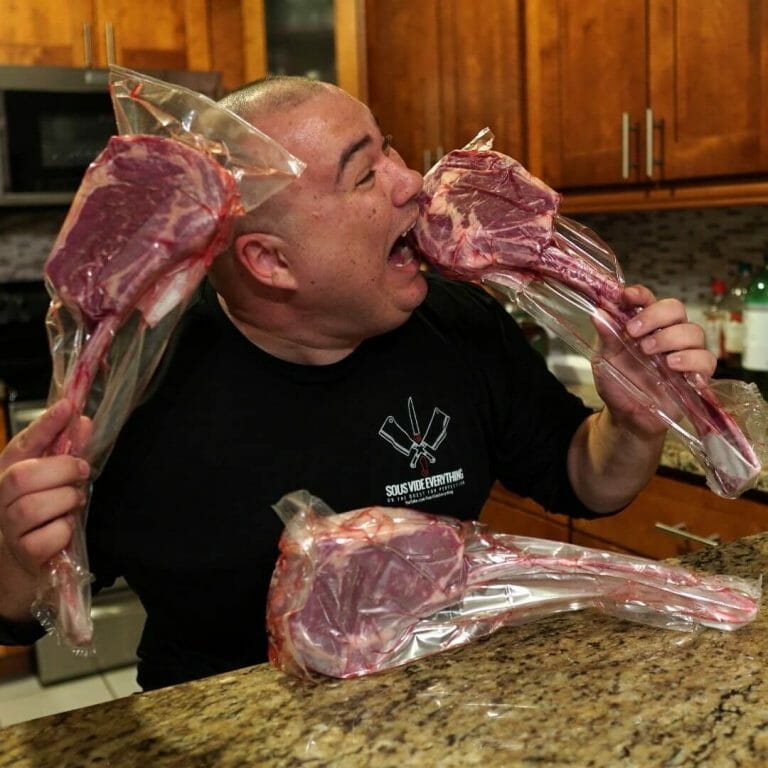 One of the famous YouTubers who have earned a name through this platform is Gustavo Tosta. A Brazilian chef from the United States, Guga Foods, is the name of his popular food channel.

You may have already heard about his channel if you share similar interests like the over 2.2 million subscribers: Love for food! You will find that most of his content revolves around his favorite recipes. Some of the famous ones are his special Brazilian Churrasco, BBQ, and style meats.

“Can DRY AGE save a $1 steak?” is Gustavo’s most popular video that earned him over 10 million views! On average, you will find one to two videos every week on the Guga Foods channel. If you’re wondering how much his net worth is and how exactly he makes money off YouTube, keep reading!

How Gustavo Tosta Start His Career?

For all food lovers out there or ‘foodies,’ Guga Foods can be your ultimate cooking channel on YouTube. The channel is run by a Brazilian chef named Gustavo Tosta, who loves eating food as much as he loves cooking it.

So far, he has more than 129 videos on his channel of delicious recipes like deep-fried meat, cheeseburger, chicken drumstick, filet mignon, and many more. Just naming the recipes is mouth-watering!

Among all these recipes and ingredients, the hero in most of his recipes is steak. In most of his videos, he is seen buying different kinds of steaks and trying out different recipes with it. Chef Gustavo really makes cooking look so convenient, effortless, and extremely delicious.

Gustavo created ‘Guga Foods,’ on YouTube in July 2015. As of October 2020, the channel has received more than 2.2 million subscribers, with a total of more than 200 million views. In a span of just five years, Gustavo has already established a great name in the YouTube industry, and his massive subscriber base is proof of his success as a YouTuber.

Some of his most popular videos on YouTube, which has gathered more than a million views, include “2 Million Special: Wagyu A5 Picanha BEST Steak on Earth!” “We tasted the Rarest Egg I could Find,” “Dry Brine Experiment, Only Salt! 24hrs to 1 Month,” “I made STEAKS using a 19th CENTURY recipe,” and lots more.

During his initial years as a YouTuber, Gustavo started slow and steady with very simple recipes like “Perfect Homemade Rice,” “Delicious Green Smoothie recipe,” etc. Today, he is a steak king and knows how to keep his followers entertained by providing versatile and delicious recipes.

How Much Money Does Guga Foods Earn on YouTube?

As you already know, Guga Foods currently has more than 2.2 million subscribers, which is pretty massive. Additionally, the channel has also garnered more than 240 million combined views.

If you’re wondering how Guga Foods is earning so much money on YouTube, let us explain in a nutshell. Major parts of a YouTuber’s earnings on YouTube come from putting up advertisements. However, they first need to join the YouTube monetization program in order to generate money.

Generally, YouTubers earn around $3 – $10 per 1000 monetized views. This amount will vary depending upon the advertisers’ price and after YouTube takes it’s cut.

Other than the advertisement revenue, Guga Foods also earns on YouTube through other programs, including the YouTube premium program, Google Preferred program, AdSense, etc. Through these programs, Guga Foods get paid based on the watch time of different viewers and also through targeted ads.

Other than his primary YouTube channel that is ‘Guga Foods,’ Gustavo also runs a second channel on YouTube, which has become an additional source of income for the Brazilian Chef.

He created his second channel on January 21, 2017, under the titled ‘Sous Vide Everything.’ As the name suggests, this food channel includes cooking all kinds of food items like poultry, pork, fish, and beef in sous vide style.

The Brazilian Chef has become quite a common name in the world of cooking, particularly steaks. He is known for creating some of the most delicious and unique recipes on YouTube.

For filming recipes, he mostly uses the typical method for vlogging a cooking video, an overhead camera view with two hands working to create the delicious beast, and a soothing voice-over!

As of 2020, Guga Foods has generated an estimated net worth of around $2 million.

If you think the internet is only about fast downloads and connecting people in a jiffy, think again! There are people in the world who are making money out of the internet. Yes, you read that, right! The popular online video sharing platform YouTube has been giving rise to many stars online. They have also been making a crazy amount of money!

Guga Foods continues to receive positive feedbacks and more exposure almost regularly. Gustavo’s enthusiasm and passion for creating some of the tastiest and easiest recipes are what keeps him going to create frequent videos and keep his channel up-to-date!

Today, his estimated net worth stands at 2 million dollars, but we’re pretty sure that this is only going to increase along with his ever-increasing subscriber base.