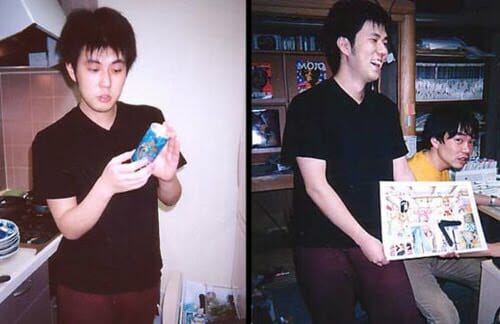 One Piece is one of the most popular Japanese manga or animation. If you are a fan of Japanese Manga, you might know this one.

Behind this manga’s global popularity, there is a man who created this manga or animation behind the desk, Eiichiro Oda.

It will be interesting to know how much Eiichiro Oda net worth is. And more, how much money does he make from his manga?

Eiichiro Oda is a manga artist who is becoming globally prominent through his artwork, a manga series One Piece.

Before learning about Eiichiro Oda net worth, here is some background information about him:

Eiichiro Oda’s early life was full of manga stories. He read different manga and was inspired to work as a manga artist or commonly known as a mangaka. His favorite mangas which became his inspirations were the bestseller Captain Tsubasa and Dragon Ball.

Oda began drawing comics in his senior year of high school. In 1992, he created his first manga called Wanted! which he submitted to a prestigious Tezuka Awards under the pseudonym Tsukihimizu Kikondo. Later, his work won the second class of the awards with a prize of ¥500,000. His work was published in the next year by the Shueisha’s Mezase Mangaka, taking him to be recognized as a potential talented mangaka.

Eiichiro Oda’s professional career began in 1994 when he decided to drop out of college and work under the editor Kaoru Kushima. He started his career as an assistant creator for Shinobu Kaitani’s Midoriyama Police Gang and some projects until he created his own masterpiece, One Piece.

Here are some highlights about Oda’s career journey you need to know.

As mentioned before, he started his professional career as an assistant creator for Kaoru Kushima and Shinobu Kaitani. He then joined to assist other manga creators like Masaya Tokuhiro and Nobuhiro Watsuki and learned some techniques like drafting backgrounds and crowds.

After his drafts were rejected many times, he then drew a pirate serial which he inspired from his conceptualized drawings in high school. The series which he named Romance Dawn was getting the attention of Weekly Shonen Jump’s editor, Takanori Asada. Eiichiro received some critics on his drafts but the magazine finally decided to approve it to be published under the title One Piece.

Eiichiro Oda officially published his first-ever One Piece series in 1997. At this first publication, Eiichiro, with some help from Asada only made eight chapters to gauge reader responses. Out of expectation, the series was getting a higher response than any other Shonen Jump co-features.

In the next years, One Piece became more popular and expanded into some notable franchises like animated adaptation in 1998, anime series in 1999, and even a video game in 2000. One Piece’s huge success has brought him to become a notable mangaka with, of course, a tremendous amount of income into Eiichiro Oda net worth.

You might know that Eiichiro Oda masterpiece is, of course, One Piece. But, do you know that he also has other interesting works?

Before he created One Piece, he made many works and assisted many mangas like Wanted!, Ikki Yako, Watery Friend Kappaman, and Ruroni Kenshin. However, following the great success of One Piece, Eiichiro Oda also created some cross-over between One Piece and other manga like Cross Epoch in 2006 and The True Food! Devil Fruit! in 2011.

Eiichiro Oda received many awards during his career as a manga artist. Tezuka Awards in 1992 was the first award he received.

Following One Piece’s global success and acclaim, he got several major honors, including Tezaku Osamu Awards, Japan Cartoonist Association Awards, Sonderman Awards, and even a Guinness World Record in 2014 for “the most copies published for the same comic book series by a single creator.”

His incredible work on One Piece has brought him good fortune. In 2022, Eiichiro Oda net worth is estimated to reach $200 million.

Eiichiro Oda net worth has been reported to be related to his lavish mansion. However, there is no detailed information regarding his mansion.

Eiichiro Oda seems to keep his life low profile and not much show off his wealth. Eiichiro Oda net worth is also not related to any lavish car or vehicle possession.

How Much does Eiichiro Oda make per Year?

Eiichiro Oda net worth and wealth primarily come from his work as a creator of One Piece series. From his successful work, he could expand his income through numerous merchandise and royalties.

Is Eiichiro Still on Business?

Eiichiro Oda is still not retired from the manga business. However, due to his health condition, he limited his work only as a supervisor or executive producer for some One Piece projects and franchises. He is not actively drawing anymore.

Eiichiro Oda mentioned that after finishing One Piece, he wanted to develop a manga robot, but it seems like he only can do some minor works due to his health condition. Eiichiro Oda still has not made a further statement about what he wanted to do after he finished the One Piece story.

Sammy Davis Jr Net Worth - Wiki-bio, Income, Career, Family
Mattress Mack Net Worth: The Success Story of the 71 Years Old Businessman
Engelbert Humperdinck Net Worth as Charismatic Singer of All Time
What is the Football Player Andrew East Net Worth?