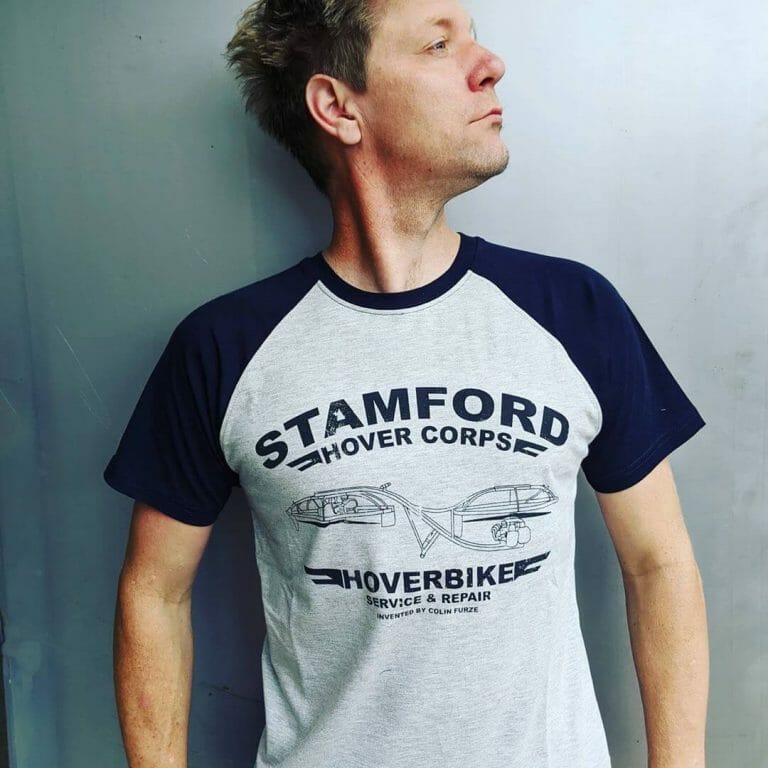 Colin Furze, as a YouTuber, is extremely popular among tech enthusiasts as most of his content on his channel is related to technology. As of 2021, ColinFurze has an estimated net worth of $3.5 million. Major parts of Colin Furze’s wealth come from his popular channel on YouTube and inventions. This is evident from his huge subscriber base and fan following.

He has other income sources as well but earns an impressive amount of money (in terms of millions) through YouTube, inventions, and stunts. His YouTube channel has collected over 1.2 billion views to date, which helps him make an estimated revenue of around $1.1 million annually.

Hence, there is no doubt that Colin Furze is a well-known person who has made a great fortune in his career. To know more about his income, net worth, and achievements, just read on!

Colin Furze, born in October 1979, is from Stamford, England. If you’re wondering how he got into the tech world and turned into a popular YouTuber, the story goes like this! At the age of 16, Furze dropped out of school to become a plumber.

He pursued this until he became a part of the Sky1 program “Gadget Geeks.” Hence, this is where all his engineering and plumbing knowledge comes from.

Using his engineering skills, Furze has built several unusual machines, including a jet-powered motorbike, flame-throwing guitar, the world’s longest motorbike, fastest stroller, and the popular homemade hoverbike, which went viral on the internet.

All these inventions and skills led him to finally create his self-titled YouTube channel on November 16th, 2006.

Currently, he has over 10.5 million subscribers, with a total of more than 1.2 billion views. This crazy amount of views and fan base shows how popular and unique his channel is.

Colin Furze has made a great reputation for himself on the internet, tech as well as showbiz world. Many of his projects are funded by video game franchises and television for promotions.

His most popular content to date is the “Homemade Hoverbike” video on his YouTube channel. He uploaded this video in April 2016, and presently, it has more than 32 million views.

Another earlier milestone in his career as a YouTuber was when he created a set of Wolverine claws. He posted this video in May 2014, and within the first week of posting it, he received over 3 million views. Presently, the wolverine claws video is still popular and has gained more than 5.6 million views.

Likewise, Colin has uploaded several videos on his channel where he continues to invent unconventional equipment and weapons. Most of his videos have over a million views. Thus, there is no doubt that the 41-year-old YouTuber has made a couple of million dollars with such an astonishing career!

How Much Money Does Colin Furze Make on YouTube?

People who have made a solid subscriber base on YouTube get paid through various monetized policies like advertisements, YouTube Red program, Google Preferred program, etc. Among all these policies, YouTubers make the most income from putting up advertisements in their videos.

Generally, YouTubers receive around $3 – $7 for every 1000 monetized views. Several advertisers have their own payment value for their ads. But the minimum cost they have to pay stands at $0.01 per view.

Now, Colin Furze, who has more than 10.5 million subscribers on his channel, has received over 1.2 billion views since he first created it.

The channel receives around 600k average views per day. Hence, as per the YouTube monetized policy, Colin Furze earns around $3,000 in a single day from advertisements. This gives him an estimated annual income of $1.1 million.

Not just through ads, but Furze also gets paid based on the viewers’ watch time on his videos.

With multiple careers in different industries as a YouTuber, filmmaker, plumber, and inventor, Colin Furze has several sources of income. As you’ve already read about his income on YouTube, let’s discuss some of his other secondary income sources.

Furze has a merchandise line on his official website, where he sells different items like t-shirts, hoodie, mugs, stickers, and lots more. He makes some revenue from this as well.

Also, since he has quite a large fan following due to his unconventional creativity and work, several brands, television shows, and series pay Furze for certain types of projects and endorsement deals.

Besides all these, Furze has also written a book, which was published on September 7th, 2017. The book is titled “Colin Furze: This Book Isn’t Safe!” The book is all about inventions that both boys and girls can easily make at home using basic tools. Thus, he has also made some revenue by selling this book.

Colin Furze is a popular personality in a number of industries, and he has successfully achieved many things in his career span. He has even made it to the Guinness Book of Records for his unique and unconventional machines when it comes to inventions.

However, Colin Furze’s career is not limited to just that! He is also an inventor, filmmaker, and stuntman. He has even made it to the world records for building the world’s longest motorbike and the fastest stroller.

ColinFurze has gained over 10.5 million subscribers, which is huge! And he has also appeared on television shows like Gadget Geeks, E4’s Virtually Famous, etc. Additionally, Furze has also written and published a book on inventions. As of 2021, ColinFurze has an estimated net worth of $3.5 million.