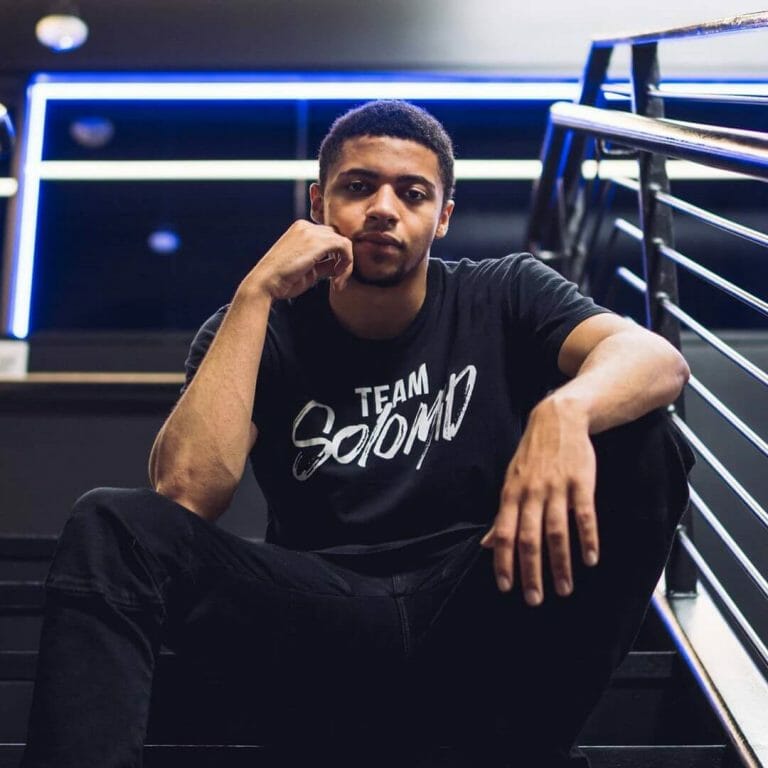 TSM Myth is a professional Fortnite player, YouTuber, and streamer. His Real name is Ali Kabbani, as of 2021, Myth’s net worth comes roughly to around $3.5 million. With an impressive career on multiple platforms like Twitch, YouTube, and other social media platforms, Myth is among the most successful streamers worldwide besides xQc and nickmercs. Having a massive fan following on various platforms, this guy is definitely earning in terms of millions. Myth currently lives in Los Angeles, California, along with his other TSM players Daequan and Hamlinz.

If you find it hard to believe that streamers or YouTubers can make millions of income, then after learning about the income of TSM Myth, you’ll have no doubts regarding this!

Just read on to find out more about TSM Myth, his net worth, and how much money he is making on both the Twitch and YouTube platforms.

Ali Kabbani, who is more popularly known by his YouTube channel’s title, ‘Myth,’ is a Twitch streamer and an American YouTuber. He was born on May 24, 1999, and hails from Michigan with a touch of Middle-Eastern ancestry.

Myth started playing video games at a young age. Hence, he developed his interest and skills for video games quite early. He first entered the Twitch platform somewhere around May in 2016. By this time, he had already created his YouTube channel in November 2013.

Initially, he was not as popular as he is now. During his early years as a streamer, he regularly broadcasted games such as ‘Miscreated,’ and ‘Paragon.’ At this time, he had only around 800 subscribers on his YouTube channel. However, long story short, his popularity soared following the release of Fortnight.

Myth played Fortnite and streamed it, and not long after, he received a positive response and immense popularity. He was soon regarded as one of the most popular Twitch streamers and best builders in the Fortnite community.

Currently, he is the leader of Team SoloMid. Other team members include Juan Camilla, Daequan, and Darryle Hamlin.

On Twitch, Myth has more than 5.5 million followers as a result of his unmatched gaming skills and knowledge. He also uploads clips from his streaming videos on his YouTube channel, which also has over 4.6 million subscribers.

Hence, there is no doubt that Myth has earned a great reputation on both Twitch and YouTube and makes a great fortune out of these platforms.

How Much Money Does TSM Myth Make on Twitch?

As said earlier, Myth has received a total of more than 5.5 million followers on Twitch, with over 110 million combined views. Before getting into how much money Myth is making on Twitch, let’s look at how popular streamers make money on the platform.

Streamers who have a solid fan following and subscriber base on Twitch can easily earn money through advertisement revenue, donations, subscriptions, and bits. When it comes to subscription fees, Twitch and Partners take around 50% of the total fee.

Hence, if a subscriber pays around $4.99 for the monthly subscription program, a streamer will receive only around $2.50 per subscriber. However, Twitch often increases this amount for more popular streamers.

Another way streamers make money is when fans use a Cheering feature with bits on the chat panel. Besides, fans also donate through different third-party services like crypto-currencies and Paypal, etc.

Now that you have a better idea of where all the money on Twitch comes from, let’s find out how much money is Myth making from it. On average, he is able to receive around 6000 viewers per stream.

His highest number of viewers is 159,000 to date. Considering all those and the fact that Myth has around 3,000 subscribers, he makes an estimated income of $2.5 for each subscriber monthly. Hence, Myth’s monthly income on Twitch sums up to about $7,500, making him earn roughly around $90,000 annually.

When it comes to the internet world, you may have already heard about YouTubers and social media personalities earning thousands of dollars by having a dedicated subscriber base and massive fan following.

However, the internet world is filled with other online jobs as well. And among the many options, the job of an online video streamer is one of the highest-earning careers.

Online video streamers with a decent fan following can easily make a living out of the platform. And for some streamers who have a massive fan base, they usually earn even up to millions. One such popular streamer is Ali Kabbani, a.k.a TSM Myth.

To date, he serves as the captain for the Fortnite team SoloMid, and he continues to gain new followers and subscribers daily. With an increasing fan following and immense exposure, there is no doubt that Myth’s estimated net worth of $3.5 million is not the stop, and he is going to make more money ahead!

How Much does TSM Myth Worth?

Particularly on Instagram, he has more than 7 million followers. Hence, it is clear that he is quite popular among the Instagram community, and it wouldn’t be wrong to call him a social media personality.

Due to his popularity, Myth also makes money through several endorsement deals and product advertisements from international brands and companies.

Top brands like Geico have also sponsored him. Other than these, he also has an official online store where he makes a decent income by selling merchandise.

How Much Money Does TSM Myth Make on YouTube?

Myth is quite popular in the YouTube world as well, with over 4.5 million subscribers and a total of over 300 million views on his channel, ‘Myth.’ In a single day, his channel received around 100k views on average.

This number of views will most probably help him make an income of about $500 per day. Hence, his annual revenue on YouTube comes to around $180,000, which is an excellent income for a 21-year-old.