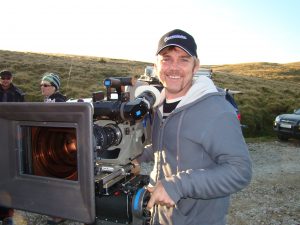 Ricky Schroder is American actor, director, and film producer. He was a child star who has been an actor since he was 9. He continued acting afterwards and expanded his role in the industry by directing and producing some movies and TV series.

Ricky Schroder’s full name is Richard Bartlett Schroder. He used the name “Ricky Schroder” when he acted in his first film, The Champ (1979). He continued to be known as Ricky Schroder during his time as a child actor. Later, he erased the letter Y in his stage name, becoming “Rick Schroder”. He did that to make his name sounded more mature as he started taking adult role.

Ricky Schroder is an American. He has German descent from his father’s side.

What is Ricky Schroder Best Known for? 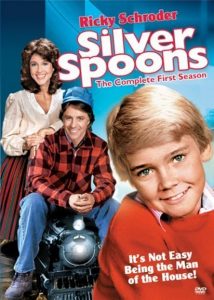 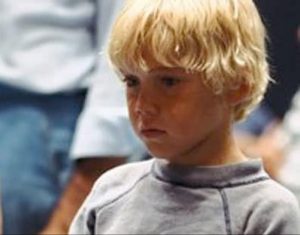 Ricky Schroder was born in Brooklyn and grew up in Staten Island, both are boroughs of New York City. His parents, Diane Bartlett and Richard John Schroder, were employees for AT&T Inc. Schroder has a sister, Dawn, now a photographer.

Schroder got his first TV commercial job when he was only 3 years old. By age 7, his face could be found on more than 60 commercials. Nevertheless, he lived an enjoyable life like any normal kid. He still had time to play with his friends, many of them were children of firemen and police. This experience helped him build his role in NYPD Blue, later in his life.

Ricky Schroder went to Calabasas High School, California. He admitted that high school life was not easy for him after he finished shooting Silver Spoons. However, he managed to graduate, then enrolled to Mesa State College (now Colorado Mesa University) in Grand Junction, Colorado. 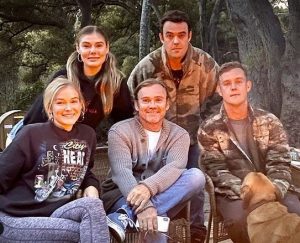 Ricky Schroder with his four kids

In 1990, the 20-year-old Ricky Schroder met a then-waitress, Andrea Bernard, when he was shooting a movie in Canada. They later married on September 1992 and had four children: Holden, Luke, Cambrie, and Faith. They divorced in 2016. Later in 2018, Schroder dated a woman named Jessica. She reported him twice within April and May 2019 for domestic violence. He was arrested but subsequently released on bond and no files were charged.

Ricky Schroder’s career in film industry spans for almost 40 years from 1979 until 2016. He had played at least 57 roles, consisting of 16 roles in movies and 41 roles in television series. He also directed three movies: Black Cloud (2004), Hellhounds (2009), and Our Wild Hearts (2013), as well as some music videos. He owned a production company, Ricky Schroder Productions. He produced and co-produced an anthology movie (Locker 13, 2009), reality show (Starting Strong, 2013), and documentary series (The Fighting Season, 2014).

Ricky Schroder as a Child Actor 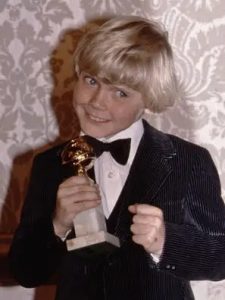 Ricky Schroder was a famous child celebrity. He debuted in movie The Champ (1979) at age 9. His performance earned rave reviews, and later, awards. Age 12, he starred in Silver Spoons (1982-1986), a well-liked sitcom. He became more renowned afterwards. However, after Silver Spoons ended, he was having a hard time considering his future as an actor. He then tried to change his image to pursue more mature roles. He succeeded and became one of the rare child star who was succesful in transitioning himself from child actor to adult actor.

Ricky Schroder is the youngest Golden Globe Award winner in history for his debut role in The Champ (1979). He won the category “New Star of The Year – Actor” in 37th Golden Globe Awards, 1980. Later in 1991, he got another Golden Globe nomination for “Best Actor – Television Motion Picture”, thanks to his role in The Stranger Within (1990).

Beside Golden Globes, Schroder has some other acting awards, both through his works as a child star and adult actor. He also took home an award for directing. His first movie as director, Black Cloud (2004), was awarded “Best Film” in San Diego Film Festival.

How much Ricky Schroder net worth?

Ricky Schroder operates a film production company under his name, Ricky Schroder Productions. The company produced (and sometimes co-produced with other companies) some movies and TV series.

Ricky Schroder is known having many properties. His first estate is a 15.000-acre land near Grand Junction, Colorado. He made a horse ranch in that land, calling it Mesa Mood Ranch. He custom-built himself a 3,000-square-foot log cabin with some guest houses there. In 2006, the ranch was sold for $27 million.

Nonetheless, Schroder’s choice for property investment was not limited to ranch. He was interested in houses as well. He had a house in Scottsdale, Arizona, and sold it in 2006 for $4 million. In 2007, he and his then-wife bought an oceanfront house in Malibu, California, for $5,85 million. After they divorced in 2016, the house was rented for $30.000/month. In 2020, a buyer bought the house for $5,185 million.

The amount of money he got from his properties contribute well to Ricky Schroder net worth.

Ricky Schroder with his Toyota Tundra

Ricky Schroder uses a black Toyota Tundra for his daily ride. Even though Ricky Schroder net worth is quite fantastic, he does not seem to own luxury vehicles like sport cars or yacht. Otherwise, he sometimes goes cowboy-style by riding his horses to go to some place.

As an actor and director, Ricky Schroder was paid per project he’s in. However, his salary was not publicly disclosed. He might have a higher salary (plus bonus) if his movies or series do well. His production company, as well as his investment in properties he sold or rented, also adds up his earning. His total income is assumed to be $400.000/year.

Directing, other than acting, is one of the sources of Ricky Schroder net worth 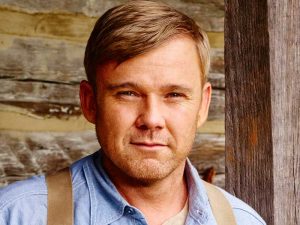 What is Ricky Schroder Doing Now?

Ricky Schroder has been politically active since years ago, even become more involved now. He is a Republican who supports Donald Trump. He is also known as one of conservative celebrity who does not hide his political opinion. He is always outspoken voicing his political thoughts on his social media accounts: Instagram @rickyschroder and Facebook page “Ricky Schroder”.

In 2020, he donated some hundred thousand dollars of Ricky Schroder net worth to help fundraising for paying Kyle Rittenhouse’s $2 million bond. Rittenhouse, 17 years old, was held in custody because of shooting three men during Jacob Blake’s case mass protests. Rittenhouse claimed that his action was self-defense. He was finally acquitted from all charges. Schroder took a picture with Rittenhouse when he was out of jail and posted it on social media.

In 2021, Schroder became a controversy when he uploaded his self-recorded video, showing him roasting a Costco employee who did not let him go into the store without wearing any face mask. After receiving heavily negative reactions from people on social media, Schroder posted an apology video to the employee.

Related posts
Patrick Ewing Net Worth, Career Highlight, and All You Need to Know about Him
Desiree Washington Net Worth, Former Miss Black America
Roberto Palazuelos Net Worth, Handsome Mexican Actor
Diamond and Silk Net Worth - How Rich are They?

Gary Dell'Abate Net Worth, Statistics and Interesting Facts of His Old Age
How Much is Fred Rogers Net Worth?
John Hagee Net Worth, The Famous Pastor
Jenni Rivera Net Worth, Career, and Personal Life