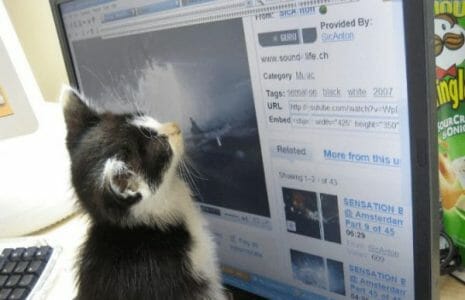 YouTube is still one of the social media platforms widely used around the world. And statistics show that it has over two billion users monthly were more than seventy percent of those come from mobile phone users. So what are the top 20 most searched on YouTube? Here is the list.

BTS (Bangtan Boys) is a Korean pop-group with seven members. With over 44.4 million subscribers and several hit songs with millions and billions of views, they top the most searched on YouTube. Their song “Dynamite” also broke the record for the most-viewed video under 24 hours with 101 million views.

You probably already know this person. He is one of the first solo YouTubers to hit a hundred million subscribers! That is a crazy amount of subscribers for one person indeed. He is known for his comedic content but primarily started off streaming videos of games. Currently, he has the second most subscribed channel with 131 million next to T-Series.

Baby Shark is the most popular and widely watched kids’ song on YouTube. The catchy tune, lyrics, and fun dance moves caught the attention of many viewers worldwide, which now has over 1.2 billion views.

ASMR (Autonomous Sensory Meridian Response) is a popular YouTube content that has started to attract many users. It is a combination of soothing sounds that relaxes the mind where the YouTuber initiates certain sounds like bubble wraps, whispers, sounds of eating food, etc.

Badabun, the Mexican YouTube channel, ranks sixth in the list of most searched on YouTube. It has content with humor and street surveys, which are engaging, making it popular for users to watch. But the contents are in Spanish.

The American singer/songwriter is the fourth most searched on YouTube. Billy Eilish came into the limelight with her song “Ocean Eyes” in 2015 and went on to win five Grammy’s. Her famous song “Bad Guy” soon became the most searched song on YouTube.

Old Town Road by American rapper Lil Nas X stands at number eight on the most searched YouTube list. The song also features Billy Ray Cyrus, and within the first week of release, it raked up over 70 million views. And currently, it stands at 642 million views on YouTube.

Music is a popular search term on YouTube. And with the introduction of YouTube Music, it soon became a popular term. Many users use it as a general search term to find some music to listen to from YouTube.

This Korean girl group went global and very soon started to attract a lot of people. They are famous K-Pop stars who generated fans worldwide and got featured on American television shows as well. Their song “Ddu-Du Ddu-Du” is the most viewed YouTube song, with over 620 million views.

Peliculas completas en Espanol is a popular search term on YouTube for Spanish users. Although it does not have a dedicated channel, it finds its way into the top 20 most searched YouTube.

If you have been watching YouTube, you must have come across the Pewdiepie Vs. T-Series saga. In early 2017, both parties went back and forth against each other to become the most subscribed YouTube channel. It all began with trolling each other and eventually made it entertaining for people to watch.

Fortnite is a viral game with over 350 million users worldwide. The channel has 10.4 million subscribers on YouTube, and people log in to watch all the game streams for tips and guides. And there are live YouTube streams of the game, which makes it very engaging content.

Ariana Grande, a famous American singer, and songwriter is also a Grammy winner. She has over 46 million subscribers on YouTube and many viral hits like “Bang bang,” “Side to side,” “One last time,” etc., and the most viewed song has over “Side to side” has about 1.8 billion views.

This sandbox video game has over 126 million users worldwide and is popular with kids and young adults. Although it does not have a dedicated channel on YouTube, people upload content in live streams and gaming tutorials, hacks and creations, etc., that attracts users.

Shawn Mendes and Camila Cabello’s viral song stands 14th on the list of most searched on YouTube. In just over a year, it raked up a staggering one billion views on YouTube.

Calma is a Brazilian artist (Stephan Doitschinoff) based in Sao Paulo. The artist has over 5.99 million subscribers with a string of hit songs like “Pedro Capo,” “Farruko,” and “Azucar Amargo” that has millions of views. And the most viewed song is a remix of the song “Farruko” with over 2.1 billion views.

Allan Walker is an English-Norwegian record producer and DJ who went international after releasing his single “Faded.” The song currently stands at 2.9 billion views on YouTube, and he has 38.3 million subscribers. Some of his other hit songs include “Dark side,” “Lily,” “Alone,” and “On my way.”

Tik Tok is a viral video-sharing social media platform owned by the Chinese company ByteDance. People make videos of themselves dancing or mimicking famous songs and videos and also upload them on YouTube. And even without a dedicated YouTube channel, the search term makes it top 18 in the most searched YouTube list.

Bad Bunny is a Puerto Rican rapper with a music style that combines Latin trap and other music genres. He has over 31.7 million subscribers on YouTube with several hit songs like “Booker T,” “HoyCobre,” and “Mia.” And the song “Mia” has over 1.1 billion views.

Top 20 highest views on YouTube This Year
Top 20 most liked video on YouTube New Update
7 Most hated YouTubers, Do You Agree On Number 3?
Top 20 best shows on YouTube That Are Worth Watching