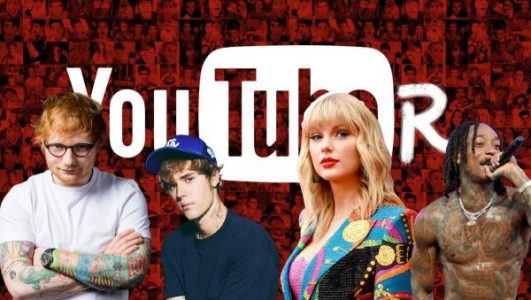 YouTube is one of the most-watched social media platforms to date. It has everything you want to watch, and music is a big part of the video content. Getting billions of views is a significant achievement, but even the number of likes plays a role. And these are the top 20 most liked videos on YouTube.

Despacito, the song that went viral in 2017, stands at number one rank in the most liked videos on YouTube. And with over 7 billion views, it is also the most-watched video on YouTube. No other music video has had such success as Despacito.

The artists dedicated this song to its late actor Paul Walker from the Fast and the Furious movie franchise. After the song’s release, it topped the charts in the UK, US, Australia, and New Zealand. Currently, it stands second in the list with 32 million likes on YouTube.

3. Shape of you- Ed Sheeran

Ed Sheeran is no stranger to writing hits, and this song released in 2017 topped the charts and went viral. The video also became one of the fastest to hit one billion views. And with 25 million likes, it ranks third in the list.

In 2015, Alan Walker hit the top ten charts all over the world. And this EDM track by the artist became a sensational hit that propelled his career. People loved the song and the music, and it translated into millions of views and likes. It ranks fourth with 22 million likes.

Surprisingly enough, this song for kids went viral all over the world, garnering billions of views. Baby Shark Dance became an instant sensation that quickly became one of the most viral hits on YouTube. And with 25 million likes, it stands fifth on the list.

This song by the Korean artist PSY still stands as one of the top YouTube videos. Eight years since its release, the song has over 3 billion views and 20 million likes on YouTube and ranks sixth on the list.

“Boy with luv” is another hit song by BTS. And it also features American singer and songwriter Helsey. The song became an instant hit after the release in 2019 and racked up over one billion views. And with 20 million likes, it stands in 7th position.

“Alone” is a song by the Artist Marshmello, who also happens to be one of the most subscribed YouTuber. The song started topping the charts after the release in 2016, and it already has over 1.1 billion views on YouTube. It has 19 million likes as well, which makes this song rank 9th on the list.

Maroon 5 is a Grammy Award-winning band that has several hit songs. And “Girls like you” is one of them, which also features the American rapper Cardi B. It became a hit song that went on to win an MTV Award in 2018, and it already has 2.9 billion views and 18 million likes on YouTube.

This song by Shawn Mendes and Camila Cabello became a commercial success in 2019. And not only that, but the song hit the number one spot in the Billboard Hot 100 in the same year. It has 1.1 billion views and 17 million likes.

BLACKPINK is another famous Korean pop group. They make it to the list again with their hit song “How you like that,” released in June 2020. It already has a staggering 764 million views and 18 million likes on YouTube.

BTS is currently the biggest pop group from Korea. And it is no surprise that they keep making it to the lists of top songs and videos on YouTube. Their song “DNA,” released in 2017, also makes it to this list with over 1.1 billion views and 17 million likes.

BLACKPINK is at it again. This time, it’s their song “Kill this love,” released in 2019. Like many of their songs, it also became another hit, which garnered over 1.1 billion views and 17 million likes on YouTube.

Adele, the Grammy Award-winning artist, has written several hit songs. And “Hello” is one of them that became an instant chart-topping hit. The video currently has over 2.7 billion views and 16 million likes and makes it to 15th on the list.

RELATED  7 Most hated YouTubers, Do You Agree On Number 3?

16. Make this video the most liked on YouTube- Mr. Beast.

Mr. Beast is a famous YouTuber, and in this list of music videos, he is the only non-music related entry. Inspired by the challenge of the most liked photo on Instagram, he started something called the “Eggs Olympics” and requested people to make it the most liked video on YouTube. Despite not making it to the top one, it still stands 16th on the list with 16 million likes.

In 2014, the Award-winning artist Mark Ronson featured Bruno Mars in his song “Uptwon funk.” And as expected, it quickly became a hit and started to win a string of awards the same year. It already has a staggering 4 billion views and 15 million likes.

BLACKPINK makes it to the list again. This time, it’s their song “Ddu-du Ddu-du,” which became a successful hit in 2018. It raked up over 1.4 billion views and currently has 16 million likes on YouTube.

Justin Bieber became a pop sensation after the release of his song “Baby” in 2010. The song also featured artist and rapper Ludacris and stands as one of the oldest entry on this list. It has 2.4 billion views and 16 million likes on YouTube.

And finally, Billie Eilish, with her song “Bad guy,” ranks 20th on the list. After the release in 2019, she went on to win the Grammy’s as well, and within a year, the video has 1 billion views and 15 million likes on YouTube.

10 Most disliked video on YouTube, You Won't Believe Number 4
7 Most hated YouTubers, Do You Agree On Number 3?
Top 20 most searched on YouTube in 2021, You should like Number 4 and 7
Top 20 highest views on YouTube This Year