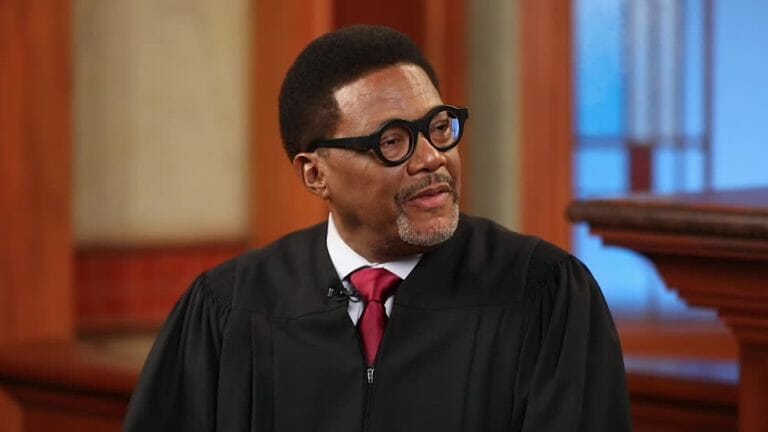 Judge Gregory Ellis Mathis is formally known in public as Judge Mathis, a former Michigan 36th District Court Judge, and television star. Judge Mathis net worth is calculated to be around $20 million.

Read this article further to know more about Judge Mathis net worth and his story before the popular TV show.

Getting Familiar with Judge Mathis 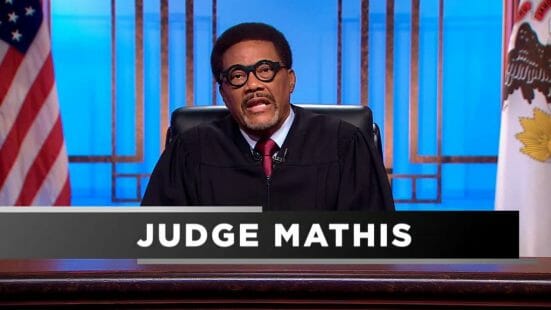 The early life of Judge Mathis is somewhat difficult. Born in Michigan, his parents are Charles Mathis and Alice Lee Mathis. Judge Greg Mathis is the last child of four brothers. He and his other brothers were taken care of alone by his struggling mother after the divorce. Growing up tough, he was a delinquent teenager and became a member of one of the Detroit gangs. Subsequently, he was arrested several times during the 70s. During his serving time in prison, he was told by his mom that she was diagnosed with cancer. This is the turning point in life that truly changed him afterward.

After he was released from prison, he continued going to school while working in a fast-food restaurant. Thereupon, he attended Eastern Michigan University and became curious about public administration and politics. For other activities, he joined campus activists and organized many demonstrations against Apartheid policies. Later on, he attended the University of Detroit Mercy to study Law.

Judge Mathis’s marital status is married to his beloved wife, Linda Reese for 25 years. They met shortly after his mother passed away. The couple had four children named Greg Jr., Jade, Camara, and Amir Mathis. The two of their children, Camara and Jade followed their father and studied law.

Over the course of his career, Judge Mathis received a salary or income from his work in a television show and court. However, his story began a long way before that. Following his graduation from Eastern Michigan, he began studying law at the University of Detroit and was recruited as an assistant to a city council member. In 1988 Mathis successfully finished law school and passed the bar exam. By then, he was still involved with activism and became the co-founder of Young Adults Asserting Themselves (YAAT) to guide at-risk teens to find jobs.

Judge Mathis’s career started to escalate when he became an attorney in 1993. A year later, he run for a position on the bench of the 36th District Court, where he also became the youngest elected judge in the history of Michigan. His achievement is becoming an inspiration to all the black children that they can achieve what they want. Spending three years as a judge, his motivational story inspired a musical play called Inner City Miracle.

In 1998, Judge Mathis was offered by Warner Brothers Domestic TV for his show that debuted on some stations across the US a year later. Plaintiffs in Chicago’s small-claims court were given the chance to allow Judge Mathis to decide their case on TV. Thereafter, Judge Mathis, the reality-based court TV show, became the only one with an hour’s length for the duration. Throughout his career, he received Daytime Emmy and NAACP Image Award. Every achievement, accolades, and success that exist contribute to Judge Mathis net worth. As he became the prominent role model, he was honored with a street that was named after him, Mathis Avenue.

Judge Mathis net worth is estimated at roughly $20 million.

Judge Mathis net worth from business is indeterminate because he does not own any side businesses besides his current occupation.

Judge Mathis net worth from real estate is $1.9 million, which he bought in 2011. It was such a huge estate with six bathrooms and five bedrooms in 6.400 square feet.

Even though there is no report about Judge Mathis net worth from cars or any vehicles, it was reported that he own a Rolls-Royce in 2019.

Unfortunately the information about Judge Mathis net worth per year is unavailable at this point.

There is no official information about Judge Mathis net worth or salary per episode. Nevertheless, it was reported that his estimated net worth is $5 million per year for his performance on the court show “Judge Mathis”.

Judge Mathis net worth or wealth came from his work in the court since his early career. However, the majority of his wealth was from the show, Judge Mathis.

What Is Judge Mathis Concern now?

There is a rumor back in 2018 about Judge Mathis plan to leave the TV show and run for congress. Despite that, he is not retired at the moment and still running the 23rd season of the Judge Mathis show.

He is living his life with his beloved wife and the family, watching his kids following his successful steps, and continuing the TV show that brought his name around the country. In addition, he still actively communicates with people through social media.