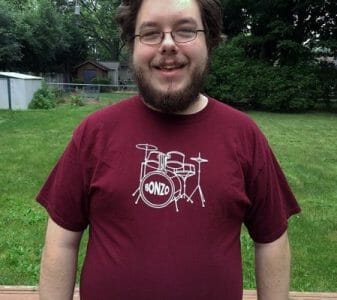 If you’re a video game freak and enjoy watching game content on YouTube, you may already be familiar with the VideoGameDunkey. However, if you don’t already know, VideoGameDunkey or just Dunky is a YouTube channel run by an American YouTuber Jason Gastrow.

Here, he uploads all kinds of gaming videos, video essays, and skits. Most of his videos include him playing a video game while he simultaneously commentates on it. His videos are more popular for his nonsensical comedy, staged rage, and swearing.

However, VideoGameDunkey has received contrasting responses for his commentary skills. While popular newspapers such as The Washington Post has reviewed Gastrow as an influential YouTube critic and tagged him as the Lester Bangs (American music journalist) of video games, others have criticized him for using sexist and racist language.

Nonetheless, VideoGameDunkey has received over 6 million subscriber base as of 2020. Hence, the fact remains that even though there are some who criticize his video content, there are millions out there who enjoy watching Gastrow use his video game skills and want more of his hilarious commentary videos.

With or without the criticisms, Gastrow is a successful YouTuber, and he is making huge amounts of money from his YouTube career. If you want to know more about his earnings and his total net worth in 2020, just read on!

He first began his career as a web content producer on the platform, Newsgrounds where he created flash animation. However, he received public recognition and fame once he joined YouTube. He is best known for his sarcastic reviews of different video games and his unique unrefined, raw humor.

As a YouTuber, Gastrow become popular by uploading videos about him playing League of Legends. As his channel grew, he started making videos about other popular games as well, such as Super Mario, Game Dev Tycoon, Absolution, Dragon Ball X, GTA 5, Mega Man, and many more.

When asked about the content he creates on his channel, Gastrow said that sometimes he simply records himself while he plays the game, and other times he writes a script for the video and records voice-overs.

For the last ten years, Gastrow has been non-stop uploading some hilarious videos on his channel. And he continues to attract new subscribers almost daily. At present, he has received more than 6 million subscribers and a whopping total of more than 2 billion views.

Why is VideoGameDunkey so Popular?

We can’t deny, there are tons of video game channels on YouTube. Hence, standing out from the crowd and gathering your own dedicated subscriber base becomes quite challenging.

In such a competitive platform, it is commendable how VideoGameDunkey has established his own place and gained over 6 million subscribers as of today. If you’re wondering how VideoGameDunkey became so popular, it is because of his unique sense of comedy.

What makes him stand out is his mixture of hilarious nonsensical commentary and sarcasm that you can see on almost all his videos. We know this because most of his popular videos are all about video game reviews mixed with his witty commentary.

Another reason for his popularity comes from the fact that he has produced almost 200 videos on the gameplay of League of Legends, which must have attracted a large fan following from the game’s community.

From classic games such as Tetris and Super Mario to advanced high-tech games like Resident Evil, GTA 5, etc., Gastrow has made videos on almost all popular video games from different eras. Hence, VideoGameDunkey has a versatile subscriber base.

As a result of his relentless dedication and hard work for the past ten years,  Gastrow has also worked with well-known companies such as Microsoft, Machinim, Maker Studios, and Curse LLC.

As you already know, VideoGameDunkey currently has more than 6.4 million subscribers. The channel has also received a whopping number of combined views, which is more than 2 billion views ever since it first started.

However, this is not the final stop, as the channel continues to receive new subscribers daily. In a day, VideoGameDunkey receives around 3000 new subscribers and 950k views on average. Hence, there is no doubt that the channel is flourishing, and the owner is making a great fortune out of it.

As an estimate, the channel generates around $4,700 in a day from advertisement revenue on YouTube. Summing this income, VideoGameDunkey is able to make an estimated amount of $1.7 million in a year.

Due to his immense popularity on YouTube, VideoGameDunkey has received contracts with well-known brands and companies. Hence, these international companies pay him huge amounts of money for product placements and reviewing their products.

Other than his earnings from YouTube and product placements, VideoGameDunkey also has his own online store titled ‘Dunkey Merch Store.’ Here, he sells t-shirts, hoodies, keychains, mousepads, etc. and earns a decent revenue.

Another additional source of income is his Twitch channel under the name ‘dunkstream.’ He has over 350k followers on Twitch and makes thousands of dollars by putting up ads on his streams as well.

Net Worth of Jason Gastrow

Gastrow is a successful YouTuber today, and his channel ‘VideoGameDunkey,’ is continuously flourishing. On average, the channel received around 3000 new subscribers per day. Hence, this indicates that VideoGameDunkey is going to make thousands of more dollars in the future.

As of 2020, the estimated net worth of VideoGameDunkey or Jason Gastrow is about $6 million. He earns most of his income through YouTube. But every now and then, he earns a decent amount of money from other additional sources. Some of these are brand contracts, selling merchandise, and his Twitch channel.

Over the years, VideoGameDunkey as a YouTube channel has grown immensely. However, the one thing that remains constant is Gastrow’s dedication and commitment to his content theme.

He started off as a video game reviewer with a crude sense of humor and lots of sarcasm. Even today, he is committed to that theme. Kudos to that! It has led him to become one of the most popular video-game-YouTuber, and today, he earns in terms of millions!