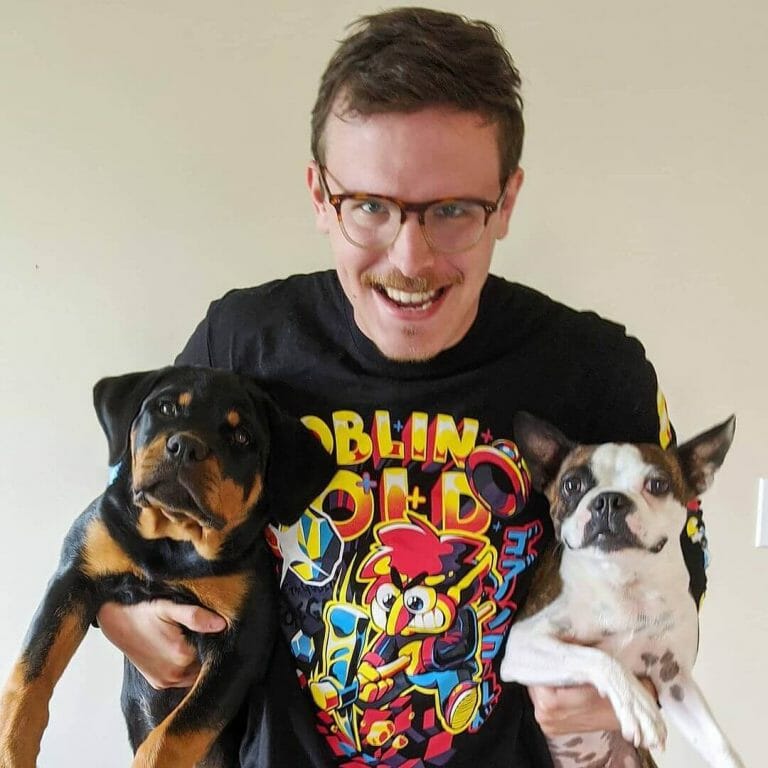 iDubbbzTv or Ian Carter is a well-known figure in the YouTube world. He has multiple YouTube channels, all of which are successful with a crazy number of followers.

By garnering millions of followers on YouTube, iDubbbzTv has a present net worth of $1.4 million today. So, it wasn’t just a massive following on YouTube, but he also made a fat bank account.

He is famously known for his videos on Content Cop on multiple Kickstarter crap and YouTubers videos. You might not be aware of this, but iDubbbzTv started his channel as a gaming one.

Then he proceeded to make bad unboxing and also Kickstarter crap videos on the side. When this genre of videos started getting super popular, he quickly switched to its consistent uploads.

How Ian Carter(iDubbbzTv) Start His Career?

IDubbbzTV is a popular American YouTube comedian and personality, originally born as Ian Carter on July 27th of 1990. He currently has three successful YouTube channels, such as iDubbbzTV, iDubbbzTV2, and also iDubbbzgames.

One of his biggest career highlights would be his viral diss track titled “Asian Jake Paul” with Boyinaband. The track was aimed at another YouTube personality called “RiceGum” who happened to be a subject in an episode of iDubbbzTV popular series of “Content Cop.” This song peaked at #24 on the US R&B/HH Digital Song Sales Chart under Billboard.

iDubbbz first started his channel for gaming tutorials and walkthroughs, but that later switched to bad unboxing and Kickstarter crap videos. He opened his channel on August 12th of 2012, but his first YouTube activity and upload were on August 30th of 2012.

His first ever video was about him playing the game called “Overgrowth” and its Holiday levels. Like most YouTubers, iDubbbzTV also started out playing walkthroughs of different games, with “Overgrowth” being the first.

iDubbbz continued to upload his gaming content on his channel up till March 18th of 2013. During that time, he released his 1st ever video on “Gaming News Crap,” which was responsible for the origin of his content on the Kickstarter crap series.

He started gaining recognition during this period. iDubbbz didn’t stop making gaming videos, but the other content overshadowed and took it over. He created his second channel on July 17th of 2015 by uploading his first-ever video titled “Insane Cultists Marching – San Diego Comic-Con – Day 1 on the second channel.

With almost 8 Million subscribers on his main channel, iDubbbzTV is earning a large amount of revenue. Today his main channel has received over an insane 1.35 billion views, which is crazy and impressive at the same time.

No wonder he has such a big net worth with him today. His present videos continue to get over 4.8 million, which equals to $8000, so the income is quite amazing in his channel.

In general, the YouTubers earn about $3 to $10 for every single 1000 monetized views that they get from YouTube. And this payment is final after YouTube takes its share.

You have to know that different ads will bring different income depending on how much every company is paying. So, considering these aspects of YouTube, iDubbbzTV is making over $2465.75 in a single day.

How Much Additional Income Does iDubbbzTV Make?

IDubbbzTV also makes additional income through his second channel. With an impressive 3.09 Million subscribers and a total of 255 Million views on the channel, he is doing just perfect in the extra income department.

A Million views can receive over $2000-$5000, depending on the advertisement type. If he is earning $2000 per day, he will obtain an insane revenue of $800,000 in a year. And if the daily earnings increase over time, then the yearly income will also increase.

Also, let us not forget that he also has a third channel for gaming on YouTube. He has over 870K+ subscribers on this channel, with a total of 7 Million views on it.

Gaming walkthrough channels are super fruitful nowadays, especially with new gaming content that keeps coming up. So, you can expect him to make more in the coming days. Plus, he also has his merchandise and gifts line, so there is also money flowing.

With consistent uploads and loyal views, iDubbbzTv is constantly raising the bar in the income pool. He doesn’t just possess a loyal fanbase but also an attractive paycheque.

You can expect it to reach $2 Million by the end of the year or even sooner. You have to realize that iDubbbzTV also gets paid for brand sponsorships too. It can be on YouTube, Instagram, Facebook, or any social platform. Accompanied by his merch and secondary channels, the growth of his net worth is a given.

iDubbbzTV is known for its quirky, lovable character on YouTube. He doesn’t just have top-notch content on his channel, but his personality tops it off. It is the reason behind his massive fanbase and attractive earnings.

They stand for beer, bikes, and booty. Ian has short brown hair, wears glasses, and stands at 6’2 tall. He also has a diverse ethnicity, such as English, German, Spanish, Polish, Italian, Czech, and Native American. He has also associated with top YouTubers in the game such as PewDiePie, Filthy Frank, h3h3Prpductions, Jack Douglass, Vsauce, and the list.