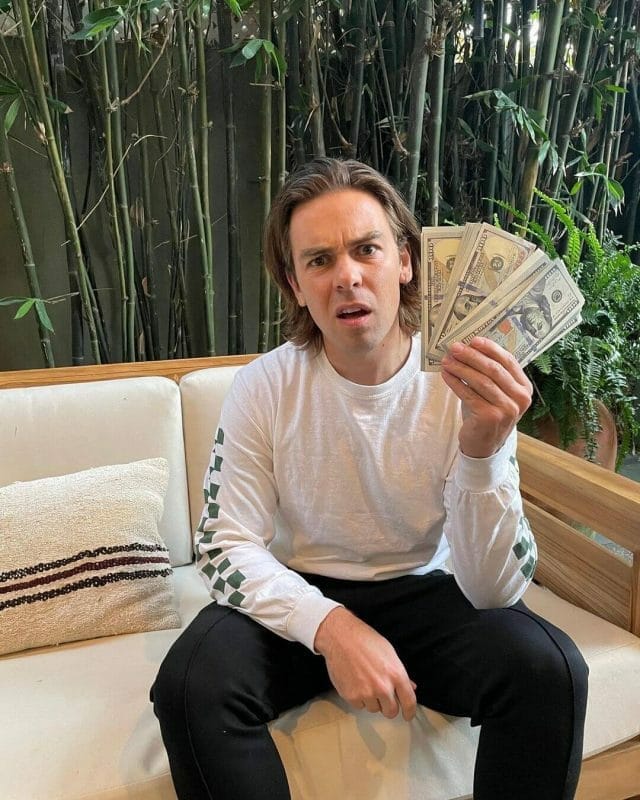 If one of your favorite past times is watching videos on YouTube, then you will have no problem identifying Cody Ko. Born Cody Michael Kolodziejzyk, this multi-talented Canadian is a YouTuber, rapper, and podcaster. He rose to fame through Vine where he posted a short skits comedy.

If you have watched any of his videos on YouTube, you would be familiar with his stand-up comedy and impromptu reaction videos! With quite a huge fanbase on different social media platforms, he also owns two podcast channels on YouTube. To find out everything about this 30-year-old YouTuber, read on!

Born in Calgary, Canada, to entrepreneur parents Greg and Hellen Kolodziejzyk, he has a sibling named Krista Anne. Having graduated high school from Springbank Community High School, he went on to study at Duke University and has a Bachelor’s Degree in Computer Science.

Cody’s parents started running marathons after both sold their software businesses. In fact, his father is known to have broken the world record for traveling the longest distance in 24 hours, that too by human power! He also went on to engineer a bike and ride it around a track for a day, thus breaking another world record. His parents then started running ultramarathons that are 100 miles!

He met his girlfriend Kelsey Kreppel, aka Taco Tuesday Girl, at a party in 2017. Since then, he has also collaborated with her in some of his videos. Being very active on social media, he has 1.7 million followers on Twitter and 5.2 million subscribers on YouTube.

With his combination of funny and brainy, Cody has been on a roll ever since his 2013 comedy video on Vine. The six-seconds video with his friend was posted as a joke while they were on a backpacking tour in Asia. Unexpectedly, it went on to become a great hit! After getting back home, he focused his career on YouTube and started gaining a large number of fans while posting videos. He has also been part of ‘The Real Bros of Simi Valley,’ the 2017 TV series where he played the character, Wade Sanders.

Right after his degree, he went on to create an app which was called I’d Cap That. He was only 20 years of age! It instantly went on to become a hit on the Apple store. In four months, there were as many as four million downloads! Before joining the YouTube community, he worked as a software engineer in various firms.

After posting short comedy skits on Vine, he found himself with a huge fan following. Cody now has a YouTube channel which he created on May 29, 2014. Initially, he started with vlogs that had to do with his personal life. Some of the most popular ones are ‘Farting in a wetsuit,’ ‘Behind the scenes of camp unplug,’ and ‘I did cocaine with the Pope.’

After these became huge successes, he started uploading videos while commentating and critiquing various videos and personalities on Instagram and YouTube. Some of these are ‘Weird Instagram Comments with Corinna Kopf’ and ‘Instagram comedians.’ With thousands of views, likes, and comments, there is no doubt that Cody’s here to stay!

He is known to often collaborate with YouTuber Noel Miller. They met in LA at a programming job. Before that, they used to follow each other on Vine! Initially, Noel appeared as a guest on his podcast and YouTube channel as well.

They also make music together where they call themselves Tiny Meat Gang, the comedy rap duo. They also host That’s Cringe, a commentary series, as well as Tiny Meat Gang Podcast. For the latter, they won an award for best podcast in the Shorty Awards in 2019.

How much does Cody Ko earn?

As of 2021, Cody has over 5.2 million YouTube subscribers with about 930 million views. It has been estimated that he makes around $1.7 million every year, which is his advertising income on YouTube. He also has over 1.1 million subscribers on his second channel called Cody & Ko. It has been estimated that it brings revenue of about $280,000 every year.

In a day, he gets about 950,000 views from various other sources. This means that it generates a revenue of about $4,750 in a day. He also makes side incomes from his music royalties, merchandise sales, and various sponsorships. These sponsors include LG, Bud Light, Ford, and Mattel. During the time when he’s not sharing sponsored posts, he goes on to post his merchandise on social media like Facebook and Instagram.

He also earns from Tiny Meat Gang, where it is estimated to make around $78,000 in a month just from the platform Patreon alone. So, Cody’s net worth as of 2021 comes to $4 million.

Some interesting facts about Cody Ko

As mentioned earlier, Cody is what you call beauty with brains! He was working as an iOS developer and techie for three years in California. Being a great swimmer, he competed in various swimming competitions during college and is also a 2012 Olympics qualifier! He calls his followers ‘Coasters’ and uses YouTube to his full capacity to showcase his talents. From his rapping skills to comedy skills, he doesn’t fail to entertain his viewers in all of his videos. The YouTube family he has built on his channel is indeed very inspiring and the reason for the many smiles on people’s faces! With such inspiring parents, maybe Cody will go on to break a world record of his own, seeing that he has no intention of stopping with his career as a successful YouTuber and podcast host!

How Much Money Does TheTimTracker Make From Youtube? Net Worth - 2021
Gavin Magnus Net Worth, Age, Birthday, Height, Girlfriend - 2021
How Much Money Supercar Blondie Make On Youtube – Net Worth
Lerner and Rowe Net Worth Update 2021, FAQs, Biography