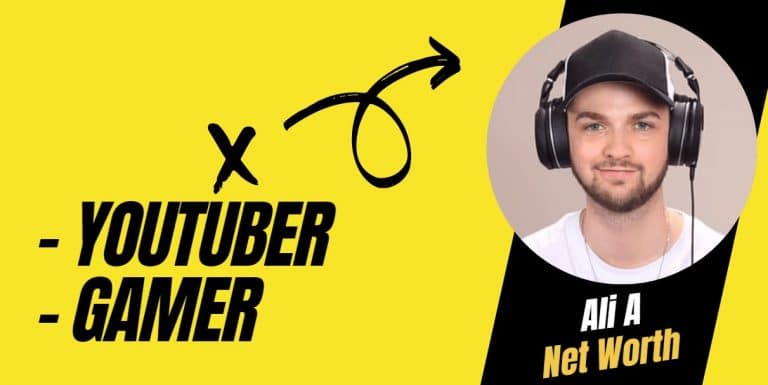 Being one of the most popular and successful YouTubers on the planet has definitely made Aiken one of the richest YouTubers on the planet. As of 2021, Aiken or Ali A’s net worth is estimated to be around $21 million, which is a lot. He also has several other YouTube channels where he earns his revenue. Besides his main YouTube channel Ali A, he also makes a lot of money from his alternative channels like More Ali A.

With several million views on his YouTube videos, Ali earns in terms of millions every year, which has helped him grow his wealth over the years. It is safe to say that Ali A is one of the richest YouTubers right now.

If you are a fan of Ali A and want to know about his income, net worth, and personal life, you are in the right place. In this article, we will be looking at how Ali A makes a profit from his YouTube channel and how much he is worth.

Ali A, whose real name is Alastair Aiken, was born in 1993 in London. He was born in the United Kingdom, and hence he is a British citizen. He has a brother by the name of Simon, who he regularly features in his videos. Before he gained his popularity and became the famous Ali A, Alastair was an avid Modern Warfare gamer, and he regularly uploaded short gaming clips that mainly focused on Modern Warfare 2. His first YouTube channel was created in 2009.

It is unclear whether Ali A graduated or not because there’s not much known about his education.

Besides his YouTube career, Ali A has also done a lot of work in his personal life. During the year 2016, he joined hands with several other YouTubers in the UK for a movement to teach younger people about programming skills. Under this program, over 24,000 youth learned the basic skills of programming under the Python programming language. This promotion also garnered more than 13 million views on YouTube.

Aiken was also part of the March 29 NCS Yes Live, where he was one of the co-hosts during the London Roundhouse. The purpose of this festival is to honor the effects of social improvement programs on young people.

On Aiken’s main YouTube channel Ali A, the videos are primarily about his responses and reaction to the video games that he plays. Aiken’s gaming mostly consists of Fornite and Call of Duty on his main account. However, that is not always the case since he also plays other games or does some live commentary as well. His second YouTube channel, which is called More Ali A, is usually family-friendly, where he plays Minecraft, vlogs on his daily life, and also shows insight on his travels.

His YouTube channels are extremely popular among Call of Duty fans. On his channel, Aiken provides deep details and in-depth reviews of the games that play, including when a new version of Call of Duty comes out. He also provides a great video game walkthrough when the games are released and how to complete the game.

In July 2015, Aiken’s channel became the most popular YouTube channel for Call of Duty by views, according to the Guinness Book of World Records. He also regularly visits computer game conferences, including Electronic Entertainment Expo, where he blogs on his day. Also, in March of 2016, Ali was placed on the seventeenth position of the Most Popular Youtuber by Clickible.com.

During his career as a Youtuber, Ali A has also received a lot of awards and nominations as well. During the British Online Creator Awards, Aiken received a nomination for the Gamer of the Year in 2016. He also received an award in 2015 for the Most Popular Call of Duty YouTube channel based on viewership and also based on subscribers.

FAQs about Ali A

What is Ali A’s real name?

When it comes to sexual orientation, Ali A is straight. He is in a relationship with his girlfriend, Clare Siobhan.

Are Ali A and Clare Married?

Ali A recently got engaged to his long-time girlfriend, Clare Siobhan, after four years of dating. They are yet to get married.

How much money does ALI A make on YouTube?

Ali A has around 7 million subscribers on his YouTube channel, where he gets around 840k views in a day. This comes to around $6k-$7k every day or $2.5 million every year. He also gets most of his income from brand endorsement, sale of merchandise, etc.