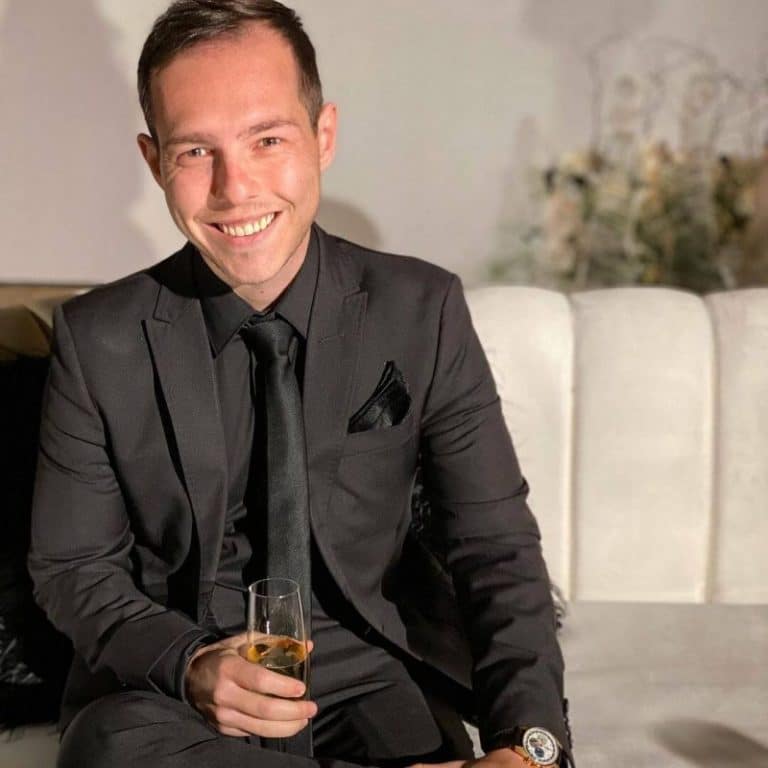 Graham Stephan is a Youtuber, real estate agent and an investor who became a millionaire at the age of 26. His net worth as of April 2021 is 8 million US Dollars. He started off his career as a realtor at the age of 18 and has continued as a real estate agent till today. In 2017, he became a Youtuber and today he has become an influential personality in the world of wealth creation.

As a realtor, his primary source of income is generated through his career. From the beginning of his career till this day, he has sold properties worth more than $135,000,000. Currently, he earns more than $102,864 a year, through real estate sales. His other source of income includes paid partnerships and advertisement revenues from three of his YouTube channels. He also owns six rented properties in San Bernardino County and Los Angeles.

Graham Stephan was born on 22nd April 1990 in Santa Monica, California, and grew up there with his parents. His father, David Stephan, worked as a writer and director at Walt Disney Animation Studios. According to one of Graham’s YouTube videos, his family had a hard time with finances. His parents filed for bankruptcy when he was a teenager. They used to depend on weekly cheques to get by. Because of this, he started working at the early age of 13.

He is a successful realtor today and has sold luxury properties to many celebrities. He has also collaborated with many famous real estate sellers like Suki Waterhouse, LaVar Arrington, Chloe Moretz, Orlando Bloom, Casper Inc, and Wale.

Graham Stephan has a girlfriend who also runs a YouTube channel with the name Savannah Smiles. They live together with their cat Ramsey in his duplex in Los Angeles.

Want to know more about Graham Stephan? Let’s dive deeper into his life and get to know how he became wealthy and successful.

Graham Stephan started his career at a tender age. His first job was at a marine aquarium, where he got paid for taking pictures of the fishes and photoshopping them. He worked there a few hours every day and earned $25-35 per hour. At such a young age, Graham understood the importance of saving and being financially independent. He barely passed his classes and never understood the idea of education. So, Stephan decided to get a real estate agent license and start his career at the age of 18. Without attending college or any relevant experience in the real estate business, he sold his first property to a couple at a whopping 3.6 million dollars.

At the age of 26, he became a millionaire when he sold a residential property worth $120 million. Now, he works with a Los Angeles broker company Oppenheim Group and earns about $8,572 per month as a sales commission.

Graham Stephan’s Career as a YouTuber

Stephan started his YouTube channel in 2017, posting videos about financial independence and how to invest. He was very passionate about wealth maximization and wanted to influence people into the real estate business. This passion made Forbes declare his channel as one of the most successful YouTube channels for wealth creation. Within three years, he started earning revenue of approximately $100,000 every month through his channel.

Today, Graham is a famous US YouTube personality with more than 270,426,119 views on his main channel. He has a massive number of 3 million subscribers on his main YouTube channel – Graham Stephan. On his second channel – The Graham Stephan Show, he has amassed over 700 thousand subscribers. He films reaction videos on this channel. The third channel is a podcast channel called The Iced Coffee Hour, with over 136 thousand subscribers. In all of his channels, he talks about how to create wealth, manage finances and invest. He also makes videos on different aspects of the real estate business and his personal experiences and events as a realtor.

Apart from buying and selling properties in Los Angeles, Graham makes tons of money from his YouTube Channel. With sponsored videos and YouTube ad revenues, Graham earns about $150,000 per month from all of his channels. Some of his sponsors are Skillshare, Audible, and SimpliSafe.

His monthly income from YouTube depends from month to month. But if we look at it from a yearly point of view, he earns a few million every year just from YouTube!

If you thought Graham Stephan earns just from selling properties and making videos, you are wrong. He has other streams of income which includes his online courses – The YouTube Creator Academy and The Real Estate Agent Academy. But wait, this does not end here. He also sells merchandise and gives consulting services to private companies. Let’s not forget about the Amazon Affiliates Program commissions he receives from advertising products. That’s too much money we can think of!

Although Graham Stephan is a millionaire, he is a big-time saver. He does not like to unnecessarily spend on luxury items which is why he is known as a Cheap Millionaire.

He still shops from H&M and likes to make his own coffee at home instead of buying from Starbucks. The only luxury item he spends on is his car. He currently owns a Tesla Model 3. Graham Stephan has featured in the Netflix series “Selling Sunsets” with a group of other real estate agents from the Oppenheim Group. In this series, these realtors sell properties to some of the most influential buyers.