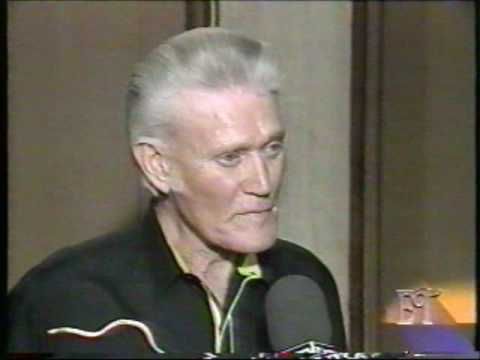 Well remembered as Lucas McCain in ‘The Rifleman’, a popular American Western television program aired in 1958-63, Chuck Connors was not only an actor but also well known as a professional basketball and baseball player.

Starting his interest and career in baseball since young, Chuck Connors became one of the athletes in American sports history to have played in both Major League Baseball and the National Basketball Association between 1947 to early 1950s.

Besides his best-known role as Lucas McCain, Chuck Connors had many roles during his acting career until he died at age 71.

With over 40 years of career in sports and entertainment, how much was Chuck Connors net worth?  How about his personal life? Read this article to explore more about Chuck Connors.

As mentioned above that Chuck Connors was an American actor and professional athlete famously known for his acting as Lucas McCain in ‘The Rifleman. He gained popularity in the entertainment industry after his popularity in sport as a basketball and baseball player. Chuck Connors net worth was maintained by his long career in acting with many appearances until 1991.

Before we discuss Chuck Connors net worth, here is some information you need to know more about him.

Chuck Connors has gained his popularity since he was acting in a TV Series ‘The Rifleman’ as Lucas McCain in 1958-63. Although he also played many roles in so many movies, he is also famous for his unique charisma mixed with towering height and athletic physique, strong jawline and bold blue eyes, and his deep commanding voice with Brooklyn accent.

Chuck Connors was born in 1921 in Brooklyn, United States. His parents were in struggle during his early life as an immigrant family. He had recalled how his mother always managed to have food on the table for him and his younger sister. Since he was a child, he really obsessed with the Brooklyn Dodgers, a Major League Baseball team, and always hoped to join the team one day. He devoted his self in sport and he earned some scholarships to build this career.

Chuck Connors was married three times during his life. His first wife was Elizabeth Jane Riddle Connors who he married in 1948 and divorced in 1961. He had four sons with Elizabeth. Chuck Connors’s second wife was Kamala Devi, an actress who acted with him since 1962 and married her in 1963 but then divorced in 1973. The third wife was Faith Quabius who he married in 1977 and only long for three years. Before his death, sources mentioned that he later was in a relationship with Rose Mary Grumley.

Chuck Connors’s career began with his sports career when he finally played with the Brooklyn Dodgers minor league team in 1940. His career beginning had been interrupted in 1942 because of World War II and his duty to join the U.S Army. After his military discharge, he was shining as professional basketball and baseball player at the same time until he started to enter the entertainment industry, which might have had a huge impact on Chuck Connors net worth. In 1953, he retired from being an athlete to focus on his acting career.

Chuck Connors’s Sports Career began when he joined the Brooklyn Dodgers in four baseball games in 1940. In 1941, he signed with the New York Yankees farm team and played 72 games before he enlisted in the army.

After his military discharge in 1946, he played basketball and baseball altogether until 1952. Chuck Connors officially retired from baseball in 1953 as he continued to pursue his acting career by playing varied roles which contributed a lot to Chuck Connors net worth in the future.

His acting career began when he actively performed as a baseball player. An MGM casting director was interested in his comedic antics during his play and offered him his first role in a movie called ‘Pat and Mike’, as a State Trooper in 1952.

During his early 1950’s Chuck Connors had many roles in several TV Shows such as The Loretta Young Show, Four Star Playhouse, GE Theatre, and Superman which gave him a strong performance and led to his most popular role as Lucas McCain.

He then gained popularity by his role as Lucas McCain in ‘The Rifleman’, an American Western television program aired from 1958 – 1963. Other than that, he played many roles as the good and bad guy in many movies and TV programs. He was still quite busy in the entertainment industry before his death in 1992. He had starred in more than 130 movies and TV programs during his life.

Chuck Connors had a 10,000-hectare estate in Bear Valley Springs, California, which has a golf course and a stocked lake. There was no report on how much he bought for this estate. He built a 276 square meters ranch house dedicated to his role on The Rifleman. However, there was unclear whether the estate contributed to Chuck Connors net worth income.

He earned a salary of approximately up to $1 million annually when shooting for ‘Cowboy in Africa’ in 1967. It was a significant increase for Chuck Connors net worth compared to his salary when he appeared in the movie ‘Arrest and Trial’ which paid him $7,500 per week. The latest report of Chuck Connors net worth was his last annual earning worth $400,000.

Most of Chuck Connors net worth and wealth came from his career as a professional athlete, and as an actor for about 40 years. Even before his death, he still actively took part in some TV programs.

We only know that Chuck Connors was already retired as a baseball player since 1953. But he still actively took a role in some TV programs or movies all his life. He died because of Pneumonia related to his lung cancer on November 10, 1992, which ended his long journey in the entertainment industry.

Christopher Mintz-Plasse Net Worth and Career: The Superbad Go Rich
Lauren Daigle Net Worth -- The Woman Behind No. 1 Amazing Christian Albums
Jenni Rivera Net Worth, Career, and Personal Life
Amanda Knox Net Worth - Everything You Need to Know